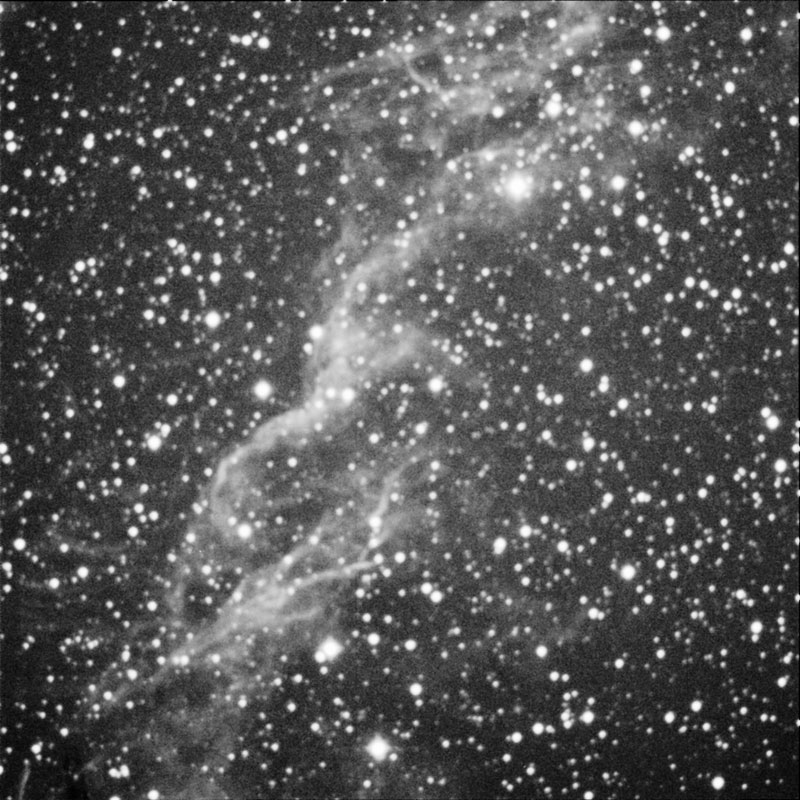 The Veil Nebula is a cloud of heated and ionized gas and dust in the constellation Cygnus. It constitutes the visible portions of the Cygnus Loop (radio source W78, or Sharpless 103), a large but relatively faint supernova remnant.